PDF files were not originally designed to be modified in any way. But with recent changes in human desire, the need to modify and edit PDF documents has arisen. There can be no better way to edit a PDF file than by converting it to Word for better processing. That is why converters are crucial. An example of such is the UniPDF which is one of top PDF To Word converter in our list.

As the name indicates, this is an app that converts PDFs chiefly to Word document for needed modification. Although there are other conversion options available like JPG, PNG, GIF etc. the most prominent among the options that it offers is the Word format. Further to this, I found out that one can even make conversions to different formats of Word like .rtf and .doc.

All those are in the bid to deliver an unparalleled conversion experience to its users. Without much ado, let’s get into the review proper.

The interface of this app is quite simple and easy to use. Without bias, I find that quite appealing because it allows users to know what to do from the get-go.

From the two-button style at the top to the output format options at the right-hand side to the big “convert” button to the lower right, everything is just in the right place to be seen and used. 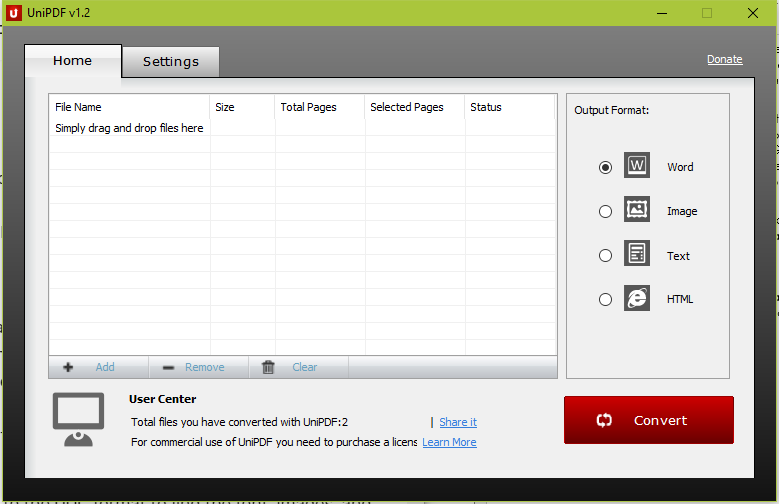 In other news, the only part that I find rather unbecoming about the interface design is the buttons below the display table. They come in a rather faded blue color that got me wondering where the button for adding files is aside from the “drag and drop”.

It took me a while to notice that all those functions are down there below the table. My suggestion is that they could have made it a bit more conspicuous like the big red “Convert” button too.

Now, to the internal working of this app, the UniPDF PDF To Word converter has a rather impressive conversion output as per images and texts.  When I converted a 15-paged file to Word, it came out excellently well.

I specifically picked a PDF file with a great deal of design graphics and text combination to see how this app can manage that. To my surprise, everything in the PDF file came out just as exactly as they are in the original document.

Many other reviews claimed that on the free version of UniPDF converter, you cannot convert more than a 3-page file, but I found out that is a not all true. It may be an earlier encumbrance that has since been amended.

UniPDF Converter: The Down Sides

When I tried to convert to image, I searched everywhere on the home screen to see where the formats will be but could not find any. At a point, I thought that there no such option. Then I flipped to the “settings” page and found that all the options were there. 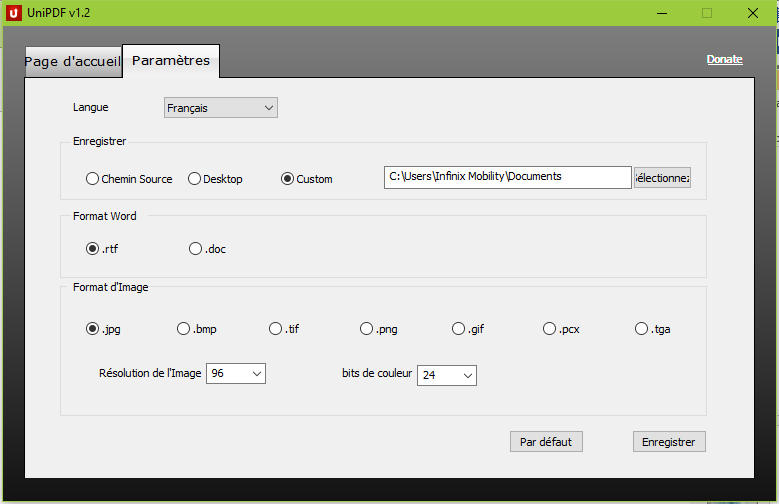 Everything about the format choices was indeed almost ‘hidden’ in this part of the app. If I had not checked there, I would have concluded that such options are not available on the app.

I was disappointed because I thought that option was there so that one can convert into any desired language of choice in case you want to send the file to someone who does not read English.

On the overall, the UniPDF Converter appears to be a very sophisticated app that delivers with its free version just about the same that the paid version of other converters can. The only difference will be in the limit of conversion allowed in the free mode.

Beside the points outlined above as the downside of this app, I can adjudge as a fairly good software that gives all that one will need for a conversion task whether as an individual or as a small-scale business.